10 Times People Failing Hard, You Can Not Stop Laughing 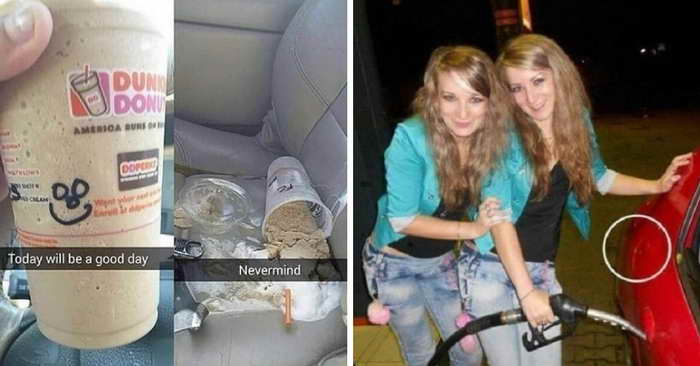 The Internet is an ocean of different things. We all find intellectual stuff, stupid stuff, and funny stuff all at the same time. The internet never fails to give us a hearty laugh in times of need. Mostly, people share a lot of achievements and triumphs on the internet and oast about them. But around the world, you will find people, who also share their failures on the web. Along with that, if people do not share the stupid stuff they do, somebody will upload it for them.

So, here in this article, we have got a list of 10 things or failure of people that will make you feel embarrassed. Scrolled ahead to laugh out loud and roll on the floor laughing, both at the same time. It is time to go through them and learn a lesson through their failures.

Whenever you try to carve out a place for the window in the building, you first decide on the shape of the window and then go ahead with the prospect. But looking at this closely, you will find out that the owner completely shrugged off the first step and straight away jumped onto the making of the window.

2. Westport and their news flash:

The newspaper of the Westport has actually played around with the news headline. It was a news about a sex offender leaving the town. But the newspaper showcased it in a way, where it seemed like the entire town is celebrating and carrying the sex offender around town in celebration.

When you look at this picture, you will think that this cake is probably made out of edible ingredients. The truth is that it is actually a soap bar. Not only us, the employee got fooled as well. After a big bite, he got to know that it was a soap bar.

4. Gas up the car in a wrong fashion:

When you buy a car, and you want to load it up with gas, there is a hole with a cover, wherein it is written gas. The twins miserably failed at their observation and tried fuelling the car at the door handle.

It so happened that the owner got really sad, right after he took this snapchat picture. The spilling of the cold coffee was so not expected.

The ups delivery guys tried hiding the ups package under the doormat. They felt that this was appropriately done to avoid stealing of the packages. What went wrong was that the package was too big to be hidden by a single doormat.

Imagine, when you get a permanent scribble on your hand, and the tattoo goes wrong, with so many errors. First goes the error of it's with it is. Then let us try to figure out the person Jon Bovi.

8. That is not the way umbrellas function:

This person completely failed to understand the proper functioning of an umbrella. Let us acquaint him with the fact that it can be used in a much better fashion.

This biker has got an effective and feasible way of making his own GoPro. A dirt biker and intellect.

Someone clicked a picture of a guy passed out on the roof of the house. Although, there are chairs, but this scenario does not make any sense.

In a nutshell, these are the perfect scenarios to give you a hearty laugh. Look at some of the extreme stupidity of people. 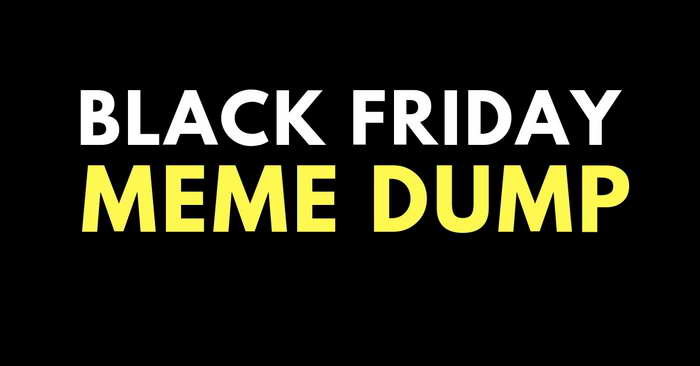 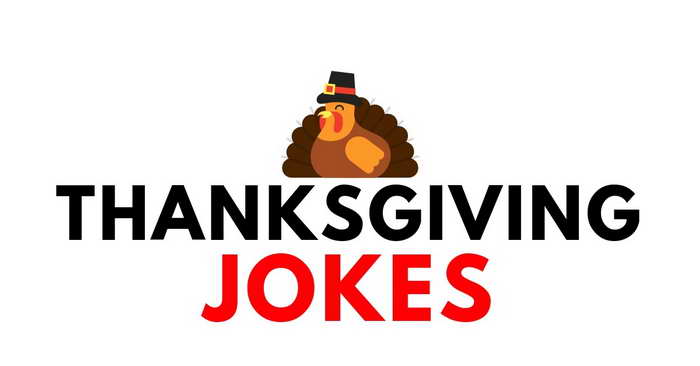 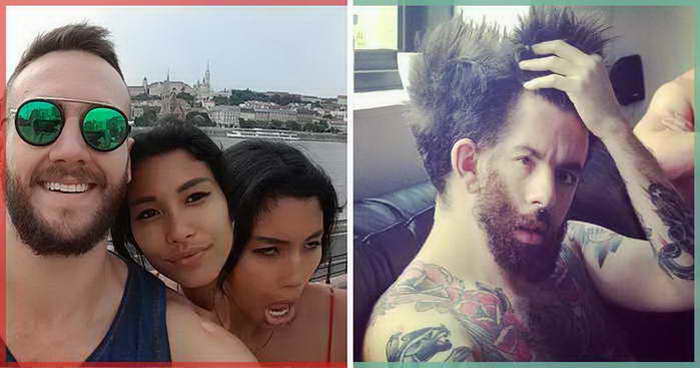 21 Epic Panoramic Fails That Will Make You Laugh

When will humans learn to stand absolutely still? After all, we are the creatures of evolution and these panoramic picture fails famously prove a point that maybe we are just aliens! Can we contact Men in Black! LoL 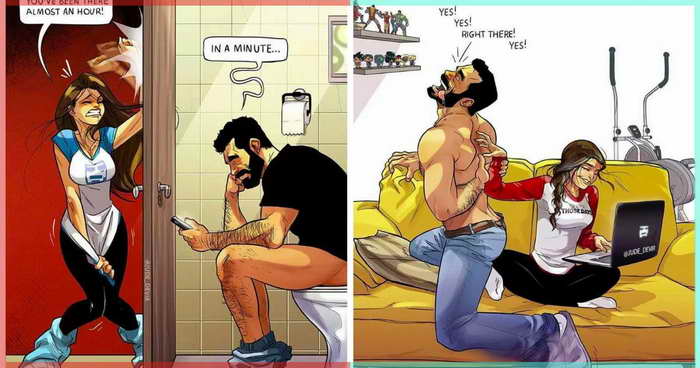 15 Brilliant Comic Illustrations Of Couples That Will Make Your Day

Yehuda Devir comes from Israel and he is a graphic designer, illustrator and a comic artist. His wife’s name is Maya who is also an illustrator as well as a graphic designer. Yehuda Devir creates various funny as well as adorable comics in his famous internet blog named ‘One of Those Days.’ These comics are actually related to the daily lives of Yehuda and his wife Maya which are being portrayed by him in a very funny as well as relatable manner. Yehuda has over 1.2 million Instagram followers. 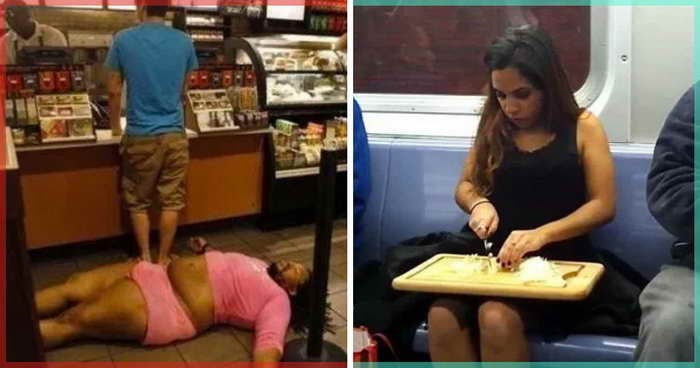 It is very natural that hidden cameras or CCTVs are being installed in many public places nowadays. Many individuals do not like being watched in public places but in today’s world they cannot hide from hidden cameras or even the social media. Although it may not sound good but this is a fact that each and every individual is being watched at some point of time.
Related Post

20 people who show us that walmart is another world entirely

The Trashiest Things Ever Posted On Facebook
Read more

20 People Who Are Totally Comfortable In Their Own Way

20 Of The Most Embarrassing Fashion Trends, We Wish Would Disappear

16 Weird Inventions That Happened From A Tight Budget