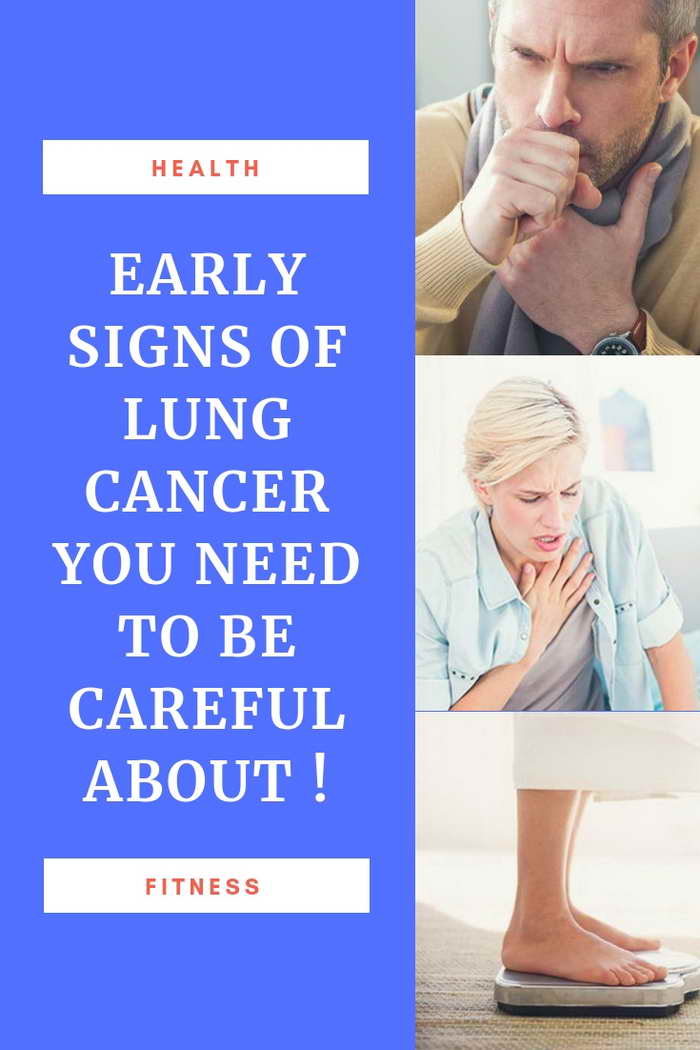 Cancer is one of the most dangerous diseases a person can have. Although medical science has advanced a lot in the last decade, we still haven't been able to find a proper cure for cancer. However, if cancer can be detected at stage 1 or stage 2, it can be wholly cured via chemotherapy and other methods. Recognizing cancer during the initial stages is quite tight though; the indications are very subtle, and most people often ignore them. That is why, this post discusses the 7 early signs of lung cancer, which should help readers identify the disease during the early stages and hopefully get cured entirely.

An early warning signs of lung cancer is strange whistling or wheezing sounds during breathing. However, the presences of such sounds don't mean that you are guaranteed to have lung cancer. Still, there is some underlying problem, and you should consult a doctor as soon as possible. Remember the faster the disease is detected, the better the chances of cure.

If you get exhausted after working for a short period and often have shortness of breath, that is one of the signs of lung problems. It could also be a potential sign of lung cancer since tumor or cancer can restrict the passage of air to the lungs making you feel exhausted than normal. Hence, a doctor should be consulted immediately, so that he can run tests to verify what the underlying cause is.

3 Pain in Shoulders, Chest or Back

Pain in the above areas could be due to several reasons. Old age or extreme exhaustion are some of the most common reasons. But lung cancer could also cause similar problems since it can result in metastasis of lymph nodes. So this is one of the early signs of lung disease.

You might feel completely healthy overall except that pain, and you might think that this pain will go away on its own, but the best decision would be not to neglect the pain and visit a doctor for examination.

By continuous coughing, we are referring to a cough which has remained for more than three weeks. If it stopped before that time, it probably was due to some flu disease or infection. However, if a cough remains, that could be an indication of lung cancer. On top of that, if you find blood in your cough, you need to consult a specialist immediately.

Headaches are common in cancer patients. These can be due to the restriction of blood flow to the brain due to the tumor pressing on that particular vein. You should visit a doctor to check whether you have lung cancer or not.

You might think that pain in the bones is entirely unrelated to lung cancer, but you will be surprised to know many lung cancer patients used to experience bone pain during the initial stages of cancer. It could also mean something completely different, but it's better not to take any risk.

If you are experiencing drastic weight loss, and you are not dieting, then it could be an indication of lung cancer. Almost all forms of cancer initially show this symptom. It could also be due to some other disease. In any case, consult a doctor as soon as possible.

Taking care of our bodies is extremely important. While some parts are more important than others, we should take care of every part. Knuckles and toes are often considered to be unimportant but they too need our attention from time to time. Dark knuckles and toes are a major problem for many people all over

The word beauty has always been associated with Women. Beauty has remained the most valuable thing for women in general and any harm caused to the same gets her off the hook. Women feel embarrassed to handle issues related to their looks and one such thing that causes embarrassment in women is hair growth in

Blackheads occur due to a condition of the skin where the pores get blocked with dirt as well as dead skin cells. The black color occurs due to a chemical called melanin. These are symptoms of acne, and one should get rid of them as soon as possible.
Related Post

8 Facts About Hickeys You Never Heard Before