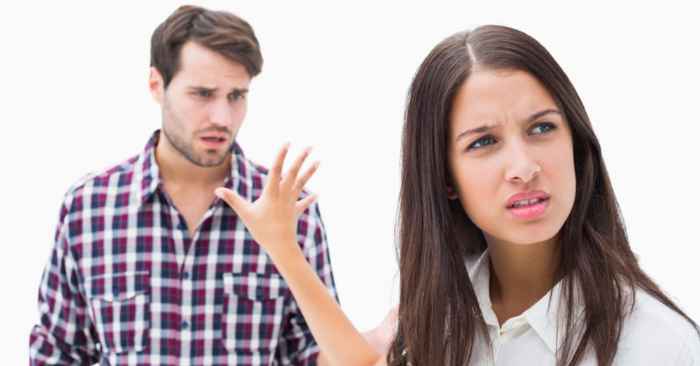 1. Making A Mountain Out of a Molehill Causes Displeasure

Often, in relationships, a fight begins with a small topic, and takes the shape of a battle wherein all of the other person’s past mistakes are dragged to the fore. If you want your relationship to not break down over small fights, well, you just need to keep them small. If something is unpleasant, focus only on that particular thing. Even if you are raising voices, do not bring in something that your partner did three years ago. It is a lot easier to resolve disagreements if you concentrate solely on the thing at hand.

2. Being Respectful in a Fight Shows You Care

In the midst of a fight, it is easy to lose control over your tongue and say something really hurtful, or even abusive at times. Be mindful of what you say, because if you say something disrespectful, it is sure to stay in the mind of the other person for years, and will most likely cause a permanent dent in your relationship. Be clear, to the point, and always show respect.

3. Establishing Limits Before A Fight Pays Off

At times, fights can get really ugly because they blow-up in unimaginable proportions, wherein you or your partner are totally unaware of what you speak or which topic you get in to. It can also be bad if the topic of fight itself is not that big a deal, but the way you yell at each other throws in a lot of friction in your relationship. In order to avoid such situations, make sure you sit down with your partner on calmer days and make a list of things you are not supposed to say or do the next time you engage in a fight. It is easy to forget these limits when you are in the heat of the moment, but you will catch on after a few fights.

4. Winning as A Motive Could Destroy the Relationship

Fights in a relationship are never about winning, so if that’s what you really want, you probably shouldn’t be in the relationship in the first place. Relationship fights occur because you care about each other, and love each other. The moment such fights starts to go into the war zone, with a clear indication of who gets the better of whom, your relationship becomes frail, and begins to move towards an unfortunate end. Fight with all your might, but never to win.

5. Fighting as Different Entities Can Cause Bitterness

One common mistake many couples make during a relationship fight is fighting against each other, as if in a real battle. Although in a fight you might tend to lash out at the other person, it is important to remember that fighting or not. You are basically one entity, not separate. Whatever arguments you might have, you belong, at the end of the day, to one another. If you forget this crucial aspect, the relationship goes downhill, making you go down separate paths as well.

6. Washing Your Dirty Linen in Public Is A Strict No-No

A lot of times you might tend to break the news of a relationship fight in front of friends or family, most likely to get some sympathy, but unfortunately, this act could destroy the mutual trust you and your partner share. Unless it is a definitive case of abuse, in which case you should certainly ask for help, healthy relationship fights should stay within the four walls of your house. Remember, no one except you and your partner will ever know or understand the whole story, and they might just be gossiping around about you two instead of helping.

7. Dragging Your Ego in Can Prolong the Fight

If in a situation where an argument has been going on for a while, and you realize that you are on the wrong foot, be humble and accept it. If you continue to try to prove your point because your ego refuses to give up, there would be no end to the fight.

8. Seeing Your Partner’s Point of View Is Crucial

Sure, you both have strong points of argument, but it is also necessary to hear the other person out. Try to analyze your partner’s point of view to understand why they are saying the things that they are. Imagine yourself to be in a similar situation as them, and think about how you would have dealt with it. A lot of times, your partner’s viewpoint seems justified when you look at it impartially.

9. Reaching a Common Ground is Key to End the Fight

Sometimes there is no solution to a disagreement. The healthiest approach is to accept it, and agree to disagree. You might also be able to compromise, and find an option that works for both of you. It might not be a hundred percent of what either of you would have originally wanted, but coming to a middle ground often prevents the relationship from going into a long-term crisis.

A simple “Sorry” said with sincerity can go a long way in mending things after a fight, even if you are sure you made no mistake. One who can apologize is always the winner, even if you are not fighting to win. Remember to put your ego aside, and say the magic word, and also, really mean it. It doesn’t matter whether you were right or wrong, in the end, it is the relationship that matters.

11. Forgiving Your Partner Ends the Fight

The clear next step to apologizing is forgiveness. Forgive your partner even before they apologize, and if they care for you, they will do the same. When you forgive, be sure to mean it, and not hold anything against them because of the fight. If you keep remnants of the fight in your mind, there will always remain a wound on your loving relationship that might be difficult to heal as time goes by, and when you get into future fights.

11. Making Up Lets Your Love Flourish

No matter how hard you yelled at each other during the fight, it is always good sense to make up for the sake of love. Plan something romantic after you have ended the fight, it goes a long way to show that you really value the relationship, and are not just in it to argue. 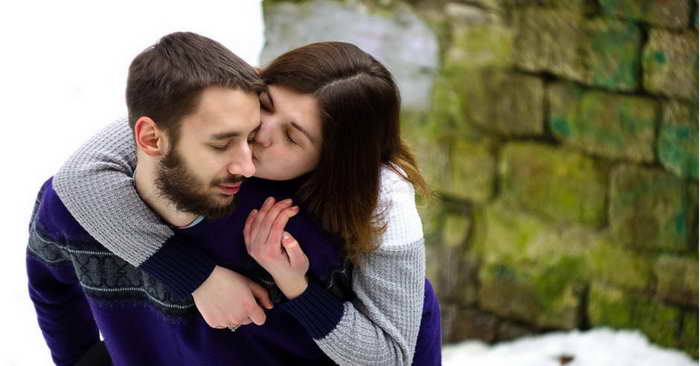 10 Things never put up with in a Long term Relationship

When you are in a relationship you tend to wear rose tinted glasses for your partner, whatever he/she does is cute and adorable. Merely this is just in the honeymoon stage, once the novelty of the relationship wears off you tend to shift to a richer apprehension of your partner. And that’s when all the ugly cats are let out of the bag. You become too cozy to let go and you are stuck in hell. We have come up with some sure signs of living with the devil when it comes to becoming comfortable in a long term relationship. If you see these signs in your partner, it’s time to call it quits. 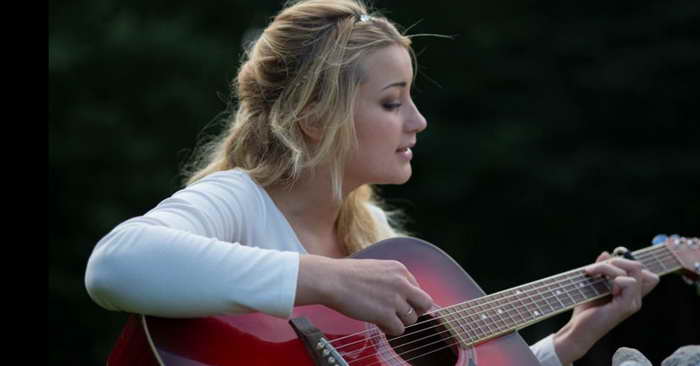 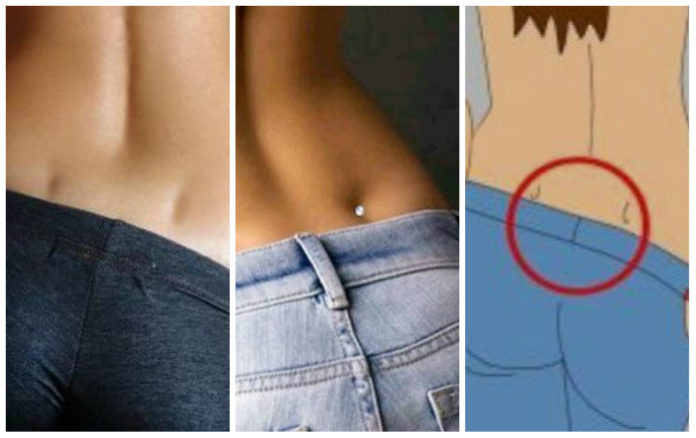 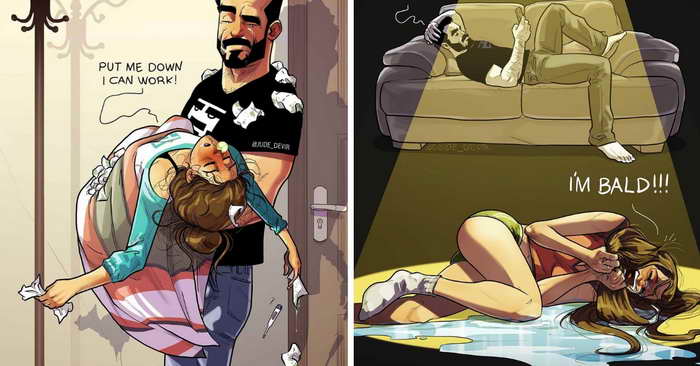 There are better days and then there are days when you want to tear every piece of your husband or wife, meh! It’s fairly common among couples. And Israeli artist, illustrator Yehuda Devir has mastered these fluctuating moods aptly with his daily comics starring himself and his beautiful wife. We have collected a few brilliant ones just to make your day, for more follow him on his Instagram page. 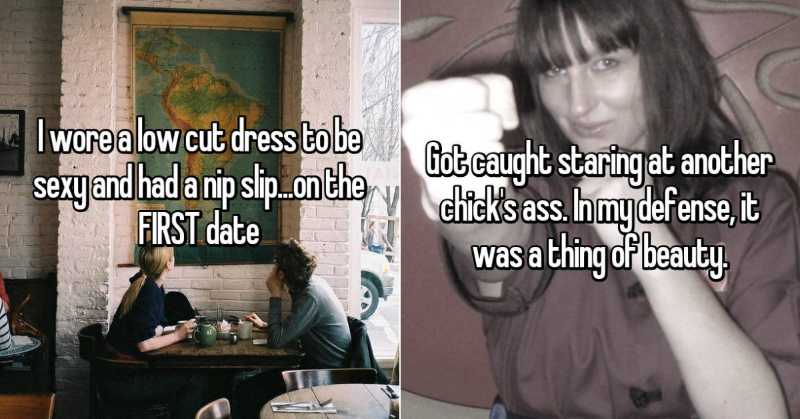