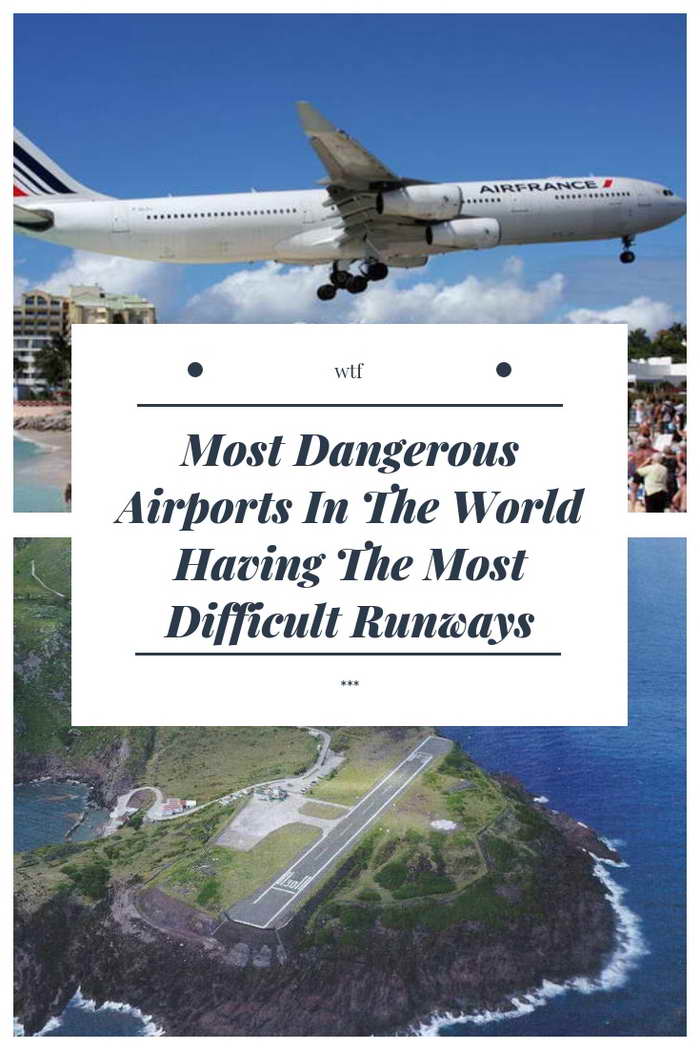 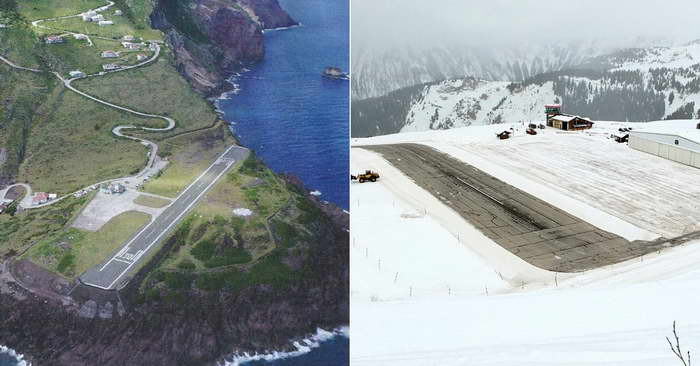 People love traveling by air and airports, and the views are just spectacular. People love runways, and the way flights take off to air to your destination. But, there are some dangerous airports in the world which scare humans, irrespective of how many times they have been to those airports. Pilots taking off in these runways should be skilled experts to be able to handle these situations. Here is a list of the world's most dangerous airports.

France is a beauty to behold, but when it comes to landings in Courchevel, the thought of it can scare people to the maximum extent. This International airport is so dangerous and ranges in a foot of 525 meters. The runway is located in between snow-capped mountains, and it is the shortest runway that you have ever come across. The gradient of this runway is only 18.5% making it more difficult for a take-off. Pilots should be extra careful and precarious, and the landing of this runway is a challenge only few can master.

Antartica, a place which is only known for ice, Mcmurdo Air station has a take-off in ice. Since Antarctica is a remote place, there are not many infrastructures in it, and because of the presence of ice, the takeoffs get risky at times. The temperature of this airport gets low at all times, and it remains dark which makes it a dangerous airport. Some passengers do not like darkness, and they freak out at times.

This airport is located in such an amazing location in St. Maarten. But, the only thing which makes this airport a risky one is the presence of a beach just before the runway. Sea wind and gusts blow all through the day making it difficult for pilots to take off and land. Another thing which should not be missed is that the runway is only 2,179 meters long and the minimum distance should be 2500 meters. A huge crowd can be seen at the beach, and the flights can be seen from a close distance when they take off from the beach.

Gisborne Airport is located on the outskirts of New Zealand and it is an airport where you are to find a railway crossing intersecting with the runway. The airport consists of grass runways and only a plain runway in the middle. The scheduling of the railways is done perfectly so that none of them coincides with one another. This airport does look beautiful even in real and also in pictures. You are sure to cross meadows which are a fascination to watch.

The runways of Congonhas airports are slippery because of continuous rains in the area. The slippery runways make it difficult for pilots to have a smooth take-off and landing. New runways are constructed in the area to drain out excess water in the runways. The areas near the airport are highly populated because of which the number of flights has been reduced. The weight of the aircraft has to been reduced to take the impact of slippery runways. Many accidents have occurred in the runway because of its excessive presence of water.

Located between 18,000-foot height mountains, Paro Airport do offers stunning views but people are scared whenever there is a landing in the tiny runway of the airport. The airport is sandwiched between mountains and the visibility become feasible when it gets darker. The landings and takeoffs occur only during the daylight. Pilots have to be experts to move between mountains and small houses which are not easy.

Greenland is a country which remains covered in ice for almost many months of the year. People visit Greenland to see Northern lights which is a feast to watch. The icy terrains make it hard for pilots to take off from this airport. A volcanic eruption is present close to the airport which makes this worse during the eruption. The winds are strong, and the currents cannot be controlled all the time. It is a beautiful airport, but the runway scares people.

Barra International Airport has a short runway, and it is situated on the bay of an ocean. Because of which, pilots have to be careful when they take off to stop from falling off the cliff. But, this airport has adventurous landings. If you are a beach person, then you should visit this airport for quirky landings which you will be able to experience. This is the only beach airport in the world which makes it the dangerous airport. Few flights take off from this airport, and you have to schedule your timings according to the timings provided by the airport.

Any person who is planning of visiting Mount Everest has to visit the Lukla Airport as it is the only airport which takes you to the Everest. Snow mountains and freezing winters sound wonderful, but it is scary at the same time. The runways are short because it nestled between mountains. Another scary thing is that the electric power goes off at sudden intervals and the contact of pilots with ground level becomes weak because of signals which are poor. The pilots have to take decisions on their own, and they have a hard time landing.

Runway of this airport is between mountains and buildings which makes it one of the scariest airports in the world. It flies passing buildings, and the passengers can only hope and pray for the pilot for a safe landing. The pilots flying in this airport are all trained and they are well equipped of handling any kind of situation. The passengers surely feel the scary moment during takeoffs.

International Airport is situated near waters, and the crystal clear water level can make you see the runway, and at the same time, it may even vanish suddenly. The airport seems like a bird’s eye view, and it is for those passengers who love adventure and are ready to take it always. The runway is very short, and it scares the faintest of hearts.

The landing of this airport runway is difficult because it is situated near the mountains and valleys. The pilots have to take sharp turns and make a landing. No negligence can be accepted in this runway as a slight mistake can lead to huge accidents. If pilots are not conscious, then they can even run off the terrain.

The runway of Saba Airport is only 1300 meters in length, and it is the shortest runway commercially. The landing is extremely dangerous, and it all depends on the pilots. The views of the water from all sides are simply amazing. The flights are flown by experts, and so, the passengers can sit back with ease and enjoy the journey.

These are some of the most dangerous airports. Savor the experience for a thrilling way of life!