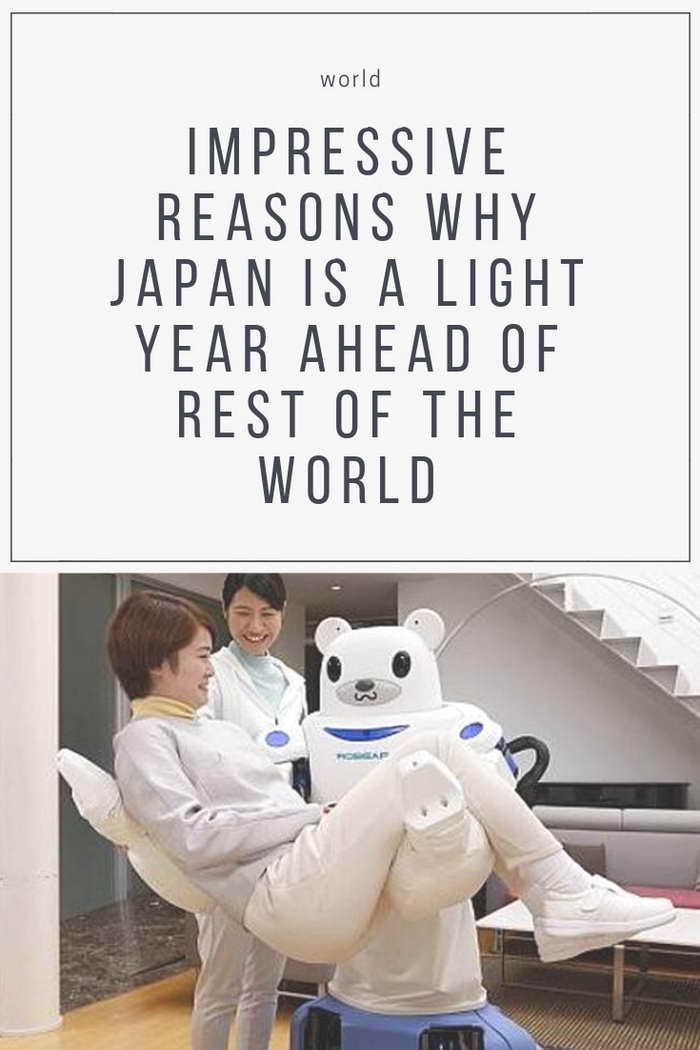 Impressive Reasons Why Japan Is A Light Year Ahead Of Rest Of The World. 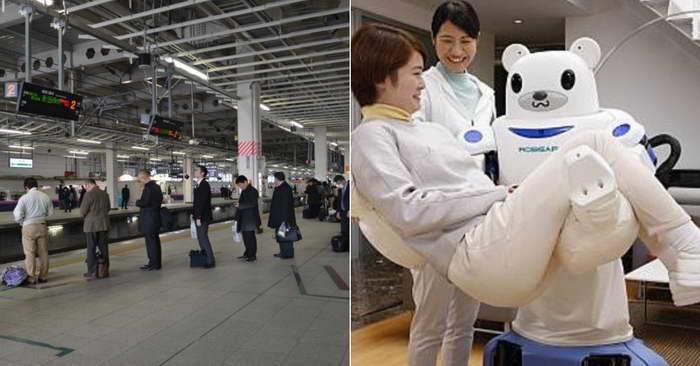 Japan is the majestic land of technological power embraced with love, care and respect among the people of the communities. It is the highly advanced country in the world. The country is looking forward to the new ideas of innovations that can attain the restless skills of the sheer level of unprecedented sensational future.

There are many reasons which prove that Japan is much advanced in every sense than the other countries of the world.

You are all aware that Japan is famous for its immaculately fast bullet trains and the highly integrated network of the metro system. If you are planning to visit Japan, then traveling around the cities can be a piece of cake through the ultra-fast trains. In almost all cities of Japan you can travel through such high-speed trains only and in pretty much less time you can cover the different regions of the country. Whether its economy class or business, seats are very comfortable. Japanese trains are known for their punctuality in all over the world. It is said that they have hardly delayed their scheduled time. In the recent news, the Japanese Railway authority apologized for bullet train departing from the station 20 seconds early.

It is not an easy task to run a country with a population in millions along with hundreds of thousand tourists visiting every year. But when it comes to Japan, you know how innovative technology is used here. They have a well-organized and highly managed signage system at its street. For a foreign visitor, it may sound confusing on seeing no name on some streets and no street address in the western format at most houses.

In Japan, the signage system works like a clock. You can easily navigate the location as many buildings have floor-specific signs displaying out from the windows. Many signboards give an indication of how much distance left to reach a train station. They also inform if there is any nearby tourist attraction. In fact, the local residents in Japan also cooperate. They walk and stand in a very smooth way. Millions of residents are living in small space of Japan without creating any chaos and ruckus.

When it comes to innovative Robot technology, undoubtedly Japan is much advanced and many years ahead in technology as compared to other countries of the world. The revolutionized robot technology in Japan is no more a fiction. In many general stores, the automated robots have been seen working. They help the people by reducing the load of baggage. In fact, in many restaurants also, automated machine display is used for the ordered food menu so that efficient service should be provided to the guests. For a foreign visitor, there will be no language bar as many automated robots are installed that can help in language translation. At many taxi stands, robots are placed to open doors for the customer. Now, in many popular hotels of Japan, you are no longer obliged to do the formal check-in. You just have to enter your information through iPad.

If you are visiting Japan for the first time, you will be surprised to see how Japan has installed a near about of 5 million vending machines which is much higher in comparison to other nations automated convenient service. They not only offer drinks or snacks, but they follow a holistic approach of like supermarkets. You can get clothes, toys, books, health drinks, meal etc. You will find that on an average of 23 residents, there is one vending machine installed. The way Japan is managing this technological service is what makes this country way ahead than others. The concept has been successful incredibly and people loved it also.

Undoubtedly, Japan is the cleanest country of the earth. The attention being given to the hygiene and cleanliness has meticulously managed to provide the world-class clean cities. In every public toilet, you can find disinfectant towels, Sanitizers, and the highly automated toilet seats. Locals frowned over others who throw litter on the road. They never throw their garbage outside in the street. In fact, smokers don’t smoke in the street. People love and respect their city by providing their contribution to keeping their streets clean.

Japan is a densely populated country and thus it is very important to look for ways to manage crowd especially at smaller spaces without making any chaos. Japan is master in efficiently managing the long queue of commuters at various public transport areas, especially at the train station. You will be surprised to see how people get onto and off the train without running to one another.

You might have heard that Japan is one of the countries in the world with a high level of safety parameters and low-level of the crime rate. As compared to other countries of Asia, the intensity of the crime rate is very low. People follow the essential values of Japanese culture i.e. honesty and respect for each other. Even if you lost your wallet or phones, the finder may return it to any public place or at the train station.

Almost 50 years ago, Japan was poor, devastated country of the world that has no major role to play at various world level summits. But now, Japan is the third-largest economy in the world. The time lapse 50 years has made Japan an economically successful country. The credit can be given to the utter sheerness of discipline being followed in the work culture of Japanese people. They are successful despite the maximum rate of the aging population and the high-frequency rate of recurring natural disasters. The national cohesion and disciplined work ethics are the reason that makes the Japan years ahead than other countries.

On a daily basis, Japan experiences minor tremors and frequently faces strong and heavy rain, typhoons, extreme winters etc. The country has developed its own tactical defense using the latest innovative technology that can manage the natural disaster. The walls are much thicker in the houses and the buildings, towers and offices are capable enough to experience a disaster and remain to withstand. These are a life-saving factor when disaster hits the country. They have developed a high level of earthquake-defense mechanism by installing and integrating a heavy pillar in the center of the tower or building design. Most of the buildings in Japan are quake-free.

Japan has developed a very strong sense of protecting the environment from any harm and therefore they have started recycling every waste in a very rightful manner. Though many parts of the country still use plastic bags, they have successfully promoted the environmentally friendly products. The major cities of Japan have managed to install the garbage disposal units to make sure people will keep the city clean and tidy. Japanese are the ones who have invented hybrid vehicles for environmental awareness and are in use for more than 15 years. Japan creates the innovative mobility trend and follows it at a very regular occurrence.

11. Coping with a Small Space in a highly effective Interior design standard

The cities of Japan experience the lack of space and thus it had become the immediate concern for the architects and interior designers to find the solution that can be effective in coping with the problem of tight spaces in houses and apartments. Japan had brought the concept of micro-housing, micro-apartments with micro-amenities like micro-furniture etc. The idea was brilliantly implemented in the tight space areas to utilize the space to its max and every inch of the space should be functional. This standard concept has been followed in Japan for past decades.