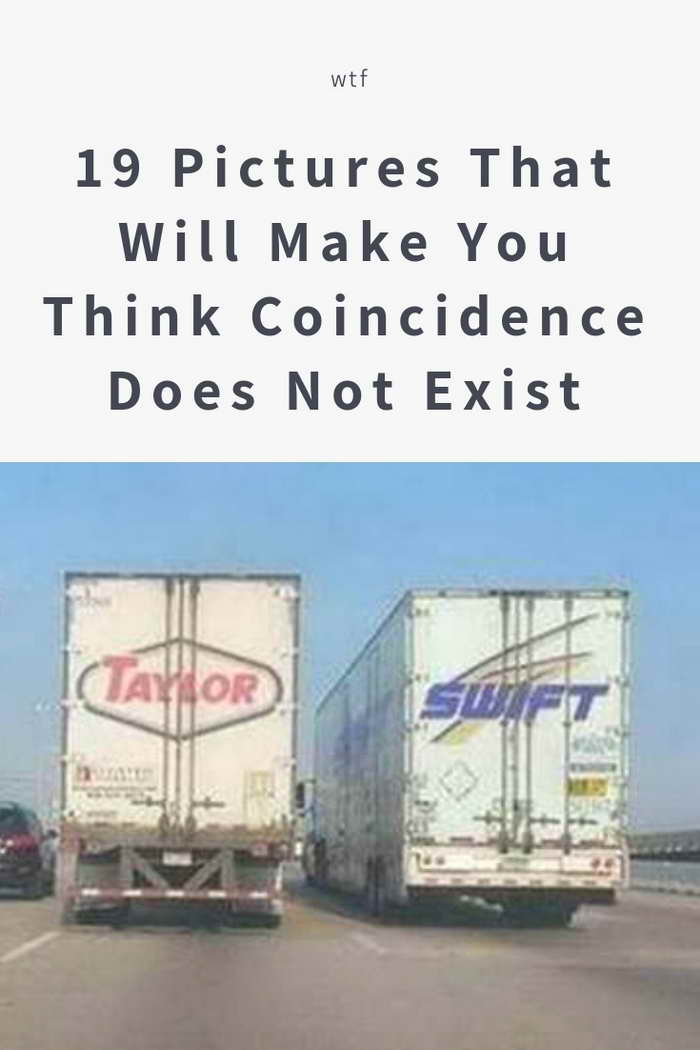 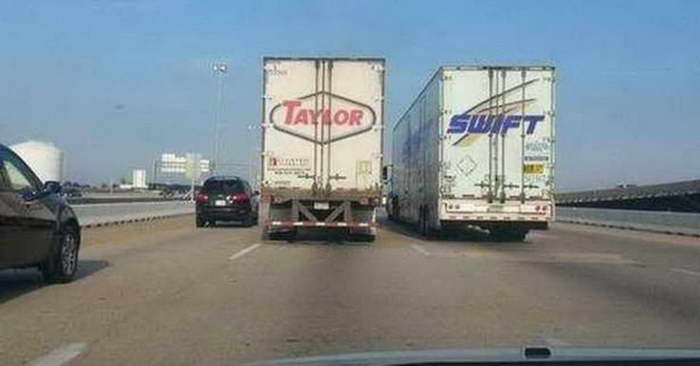 What you’ll see in these pictures here is not planned or staged. No, it just happened that way! 19 unbelievable coincidences that'll burn a fuse in your brain.

In this picture, you can see a few letters from the name board of restaurant is gone. But still, you can read the word 'restaurant.'

in this picture she simply holds 3 balloons. Nothing else if you are innocent enough. But if you have a wicked mind, you will find something funny with the way she is holding the balloon.

It is just name boards of two companies, but for someone with a humor sense, it is something funny. Placing these two advertisements in this way is either a fail or done by someone with a good sense of humor.

The color scheme of this guy's T-shirt and the tube he got in hand are same. Somewhat coincidence.

These two notes coming adjuscent to each other is really a coincidence.

In this picture, the girl in white has her hand under her crossed legs. But if you are with a wicked mind, you will think something else.

Two people with those T-shirts came near to each other. Coincidence or staged?

The adjacent shops that makes the name complete. I don't know if they did it knowingly or happened unknowingly.

The 3 random pictures. Very innocent pictres actually, unless you are someone with a strage humor sense.

Two random container trucks comes near to each other making the name "Taylor Swift."

Does it mean marriage is a kind of slavery ?

One person claims that his Nutri Bullet is stolen. and same time other note reads someone is selling a Nutri Bullet. I really want to know what was the ending of this incident.

Mustache tattoo of one wrestler is aligned exactly below the nose of the other wrestler.

A wet and wild adventure with the frog family.

What the girl is doing on this side is watched by the guy on the screen other side. Coincidence or what?

It is not surprising that a vampair parked the car in front of blood service.

Robber having the exact same look of news reader must be a coincidence. No, I am not thinking of another way.

Sometimes you have to ask yourself: how can that all be real? Or are my eyes just playing dirty tricks on me?