Some Secret Photos From History You May Have Not Seen Before 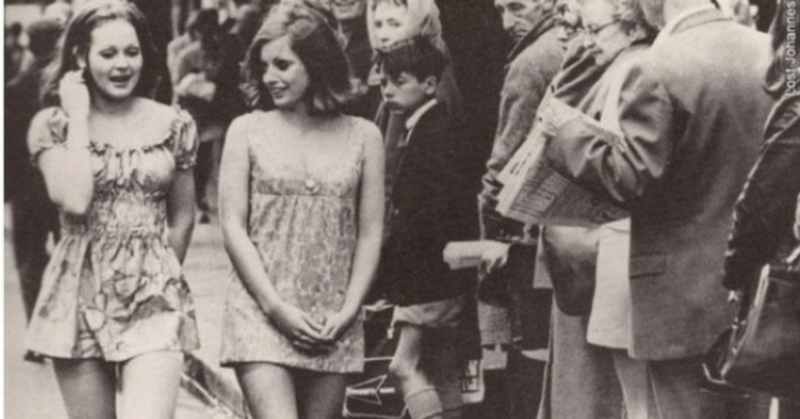 Have you ever wondered the kind of mass hysteria, some photographs would have caused in modern times had they been the first of their kind? Women have always been a part of envious history which have been left in the yellow pages of books and magazines or boxed archives. Now is the time to take a sneak peek into the glorious bygone era of some brave and unsung women.

Wearing skinny revealing outfits were considered a taboo in early society. So when these two young women decided to give their long skirts a toss and redefine fashion, they turned up the heat on the streets.

Nowadays we are akin to the passions of fitness created through many awareness groups. There are umpteen amount of city-run marathons to participate in. Back in 1967, Katherine Switzer was the first woman to take part in the Boston Marathon. Much to the contempt of men.

We have more female tattoo artists today than in 1907, and Maud Wagner pioneered this dainty body art tradition for the first time by covering her body in inked art. While it was considered a taboo then now it’s a celebrated art form.

Women voters have transformed the way government works, some even appointed in key positions today. In 1906 they were not allowed to exercise their right to vote. Protests got underway, and they were approved soon.

American film actress Hedy Lamarr busted the myth of being dumb in the world of glamour. She was a lethal combination of beauty and brains.

Until 1957 women of the colored race were asked to attend separate classes to pursue their education.

These pictures have been hidden for years and only created inspirational moments once come to light.